The Elements of Security

The Sounds of a Security Alarm: How to Deter Criminals Without Creating More Problems for Yourself

Adding a security alarm to your home or business helps ward off intruders and keep the place safe. When you choose the alarm, you will have a number of options, and those options can really make or break the alarm. In other words, the wrong options could make the alarm so annoying that you decide to get rid of it. The right options keep your safety in mind while not creating additional issues that could make you dump the service.

One option is to have a silent alarm that sends a notification to the security company while not giving any outward indications to anyone in the home. This has the advantage of allowing police to get to the home while the intruder is likely still there; a loud alarm would make that person flee. However, the success of a silent alarm relies on good response times, which may not be available if the police are very busy. It also means that if the alarm malfunctions, police could show up and mistake a house guest for an intruder. Silent alarms are best for commercial applications and for situations in which there have been repeated problems and you want to try to catch the person responsible in as many ways as possible.

If you choose to go with an alarm that makes a sound, you have a choice between tones, like siren sounds, beeps, and so on, and other sounds, like barking dogs. Both can be effective, although barking-dog alarms often are set to go off when someone gets near your doors or windows. That means the barking sounds could start up when you try to get to your front door, which may end up repelling your neighbors if the alarm is too loud and goes off too often. Barking-dog alarms can be very effective; you just have to be sure that they sound like a real dog and don't end up subjecting your neighbors to more noise than an actual dog might. Also keep in mind that unless your neighbors know that isn't a real dog, they aren't going to call the police if they hear the sound, whereas they might if they hear a siren or loud beeping.

If you choose an alarm that is audible, keep volume in mind. You want something loud enough to startle the heck out of everyone around the home, and possibly down the block, because the alarm going off means something is likely very, very wrong. However, you don't want to create the possibility of hearing loss in people who are in the home (you might not care about the intruder's hearing, but your and your family's hearing could be at risk too) by having an alarm that is too loud. In fact, there has been at least one court case where an alarm company client claimed that the alarm company failed to warn him of how loud the alarm would be, thus causing hearing loss. When you set up the alarm system, ask about decibel levels and whether they can be adjusted. 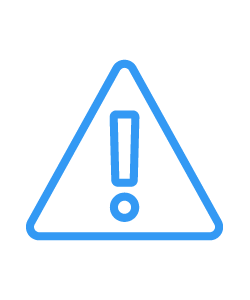 When you really think about it, home security breaks down into three elements. There are the deterrents — things that mentally keep intruders away. This might include things like "no trespassing" signs and strobe lights. There are the preventatives — elements that physically provide a barrier against intruders. Examples include bars on the windows and locks on doors. Then, there are the alert mechanisms. These elements call the police, contact you, and record all activity if someone does happen to intrude. This website exists to educate you all about these elements of security. Start reading, and you'll come up with some great ideas to help bolster your own system.